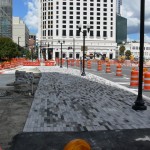 Civil/Site Engineering, Inc. was contracted by the valet company Bags Inc. to develop a Traffic Management Plan for their operations at the DPC. Three separate plans addressed the multiple ways in which valet traffic would be routed through the center. In coordination with the City of Orlando, these plans also addressed all other traffic going to the DPC. 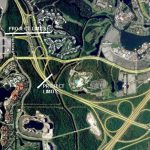